Go ahead, mock me.

Do you know how hard it is to find a black turtleneck and olive green pants in size 6? When Louis told me he wanted to be Dr. Heinz Doofenshmirtz for Halloween, I ordered him a lab coat off of Amazon. I figured I could get the rest of the outfit locally. I had my eyes peeled for about a month, but finally went on a mission to the mall day before yesterday. No luck, and too late to order off the internet. So I went to Joann and bought fabric instead. I was actually a little relieved - last year I felt horribly guilty for buying him an Ironman costume at Costco. He LOVED it, but come on, I sew for a living...you'd think I could put a little effort into making my own kid a simple costume.

I picked up some black interlock for the shirt and some green corduroy for the pants. I figured as long as I was going to the trouble, I could go ahead and add some appliques to the outfit to 1) make it a little more special, 2) make it obvious who he was supposed to be, and 3) have a custom set ready for him to wear to Disneyworld next spring.

For the mock turtleneck, I used my Raglan Shirt pattern. I doubled the length of neckband (cut the piece on two folds rather than one), and even though the fabric had at least 100% stretch, I used the 75% cutting line just so I could be sure it would fit over his head. Otherwise, I put it together exactly as described in the pattern.

Doofenshmirtz doesn't get very far with out Agent P (Perry the Platypus) popping up, so I added him to the Easy-Fit pants.

We still need to work on hair and makeup, but he has the evil scientist look down pat!

Curse you, Perry the Platypus!

You all know how much I love using cardstock folding templates, right? For a few years now I've been playing with the idea of a cardstock bias tape maker. Whenever I had a project involving bias tape, I would experiment, fail miserably, and scrap the idea. Well, right now I'm working on a Sis Boom pattern that requires picture perfect, 1/2" wide single fold bias tape. I have a metal tape maker that size, but I don't have the patience (or the dexterity) to keep the fabric centered for such small, even folds. So I was forced to revisit my paper folder idea, and I'm pleased to say I came up with something that actually works!

The free pdf contains instructions for printing and assembling the tape maker. There is some careful cutting involved, but it goes together pretty quickly and can be used over and over again. And if you happen to smash/tear/burn it, simply print another.

The contraption is optimized for folding 1.125" bias strips in 0.5" wide single fold tape. You can tweak the starting strip width a bit to get slightly wider or narrower tape.

Here is how it works: The strip is fed into a "slide" that does the folding. The top notch and tabs keep the strip centered, and the "splitter" keeps the outer edges from curling or overlapping. The folded tape is pressed as soon as it comes out of the slide, and it goes under two more tabs to set the folds as they cool.
Why do I feel like I'm narrating an episode of How it's Made?

The result is flat, evenly folded bias tape. I've found myself making way more than I actually need just because the process is so fun and gratifying!

For the last few days, I've been wallowing in crafty goodness with some serious superstars. Hello Craft held their annual Summit of Awesome in Baltimore, a mere 15 minutes from my house!

This conference was geared to crafters of all sorts...jewelry makers, graphic artists, printers, knitters, etc. etc. etc. Some sell at craft fairs, some online, some both. Caitlin Phillips of Rebound Designs (shown above) makes the coolest book purses. She is a great teacher, too, and I loved hearing her tips for setting up booths and interacting with customers.

I met several kindred spirits from the world of science and technology. Richard is super-smart paleontologist/cartoonist from Ithaca, New York. His adorable fiancee Kelly is a screen printer and all-around crafty gal. Together, they form Our Secret Treehouse, which has the coolest critter-themed items. They specialize in woodland creatures and dinosaurs (of course), but they also dabble in undergarments :) .

I scored this great triceratops button for Louie - RAWR! Don't you love the raised brow? If you live in Upstate NY, definitely be on the lookout for them at craft fairs.

I couldn't resist hugging up on some of my crafty heros, and of course I had to get photographic evidence of my dorkiness. Pictured above is THE Scoutie Girl, Tara Gentile. In her talk, she did a fantastic job explaining SEO (search engine optimization) in simple, human terms.

I remember watching the first season of Project Runway and thinking "Gosh, I'd love to hang out with Jay!" He is such a honey, and even though he is a high-fashion icon, he has the soul of a crafter. It was so much fun being in sessions with him, and he gave a side-splitting keynote address on Friday. Check out his website to see all the fabulous things he is up to.

I got to meet one of my favorite authors, Kari Chapin. She wrote The Handmade Marketplace, which has been a bestseller for almost 2 years now. She gave a brilliant workshop about goals and intentions. I came away with a lot of tools that will hopefully make me more productive and organized. I actually got up and blogged today, so I must be inspired!

Jay actually took that picture of us, and my camera wasn't cooperating. He said "It isn't working" and I said "Make it work." He didn't seem amused...imagine that.

In between sessions, I got to play around with yarn, felt, and fabric in the "Make Something Awesome" area.

Button making is addictive. I knocked out a few Christmas presents at that table.

On the last day of the Summit, I had a one-on-one shop critique with Cheyne Little and Danielle Maveal from Etsy (Cheyne heads up teams and Danielle leads seller education...they are dynamite). They gave me some very helpful feedback, so I'll be able to make the listings more concise and the shop easier to navigate. I also found out that I should be linking to my shop in blog posts, so here ya go!

I had my guys in tow, so they experienced the awesomeness while waiting for the children's museum across the street to open. Honestly, they would have been content to make pom-poms all day.

After the summit, the family took a water taxi ride to lunch across the harbor. Can you tell someone is proud of his pom-pom? He is definitely the most huggable crafter I've ever met.

Posted by Carla Hegeman Crim at 6:00 AM 6 comments:

Do you ever find yourself saying "I can't make anything round because I don't have a circular pattern"? I know I do. For smallish things, I usually trash the kitchen in search of appropriately sized round things to trace. The biggest thing we own is a 16" pizza pan, so for circles larger than that I have to do the trick with the string and the pen, which I'm not very good at. I wanted to make a tablecloth yesterday, so I finally took the time to make a large scale, printable circle pattern. I put the pattern and instructions together in a little pdf tutorial, which you can download for free!

The pattern is actually nested quarter circles. Simply fold the fabric into fourths and align the pattern at the indicated edges...couldn't be easier. Markings are provided to make circles from 1" to 58" in diameter. You can also use this pattern for making circles with perfectly centered holes so you can make things like poodle skirts, tree skirts, and giant stuffed donuts.

Look how beautifully this stuff cuts! No need for hemming...it will never fray.

I'm in love with this print (OCJP03 Jodi)...so perfect with fall flowers!

UPDATE: For some reason (probably the gazillion little lines from the circles), the PDF file was HUGE (50+ MB - gasp)! I tried lots of ways to print it smaller, but nothing worked. I ended up printing the patterns on my printer and scanning them back in. It isn't as pretty, but it is only 1.27 MB now. Thanks so much for your patience!

Do you love French Knots???

I know I do! I'm also quite fond of bullion roses, lazy daisy leaves, and running stitches. Hand embroidery is making a huge comeback, and my girl Bari J. is at the forefront with her lovely blog We Love French Knots.

I had the great honor of contributing this guest post and free project. Come on over and play dollies with me! 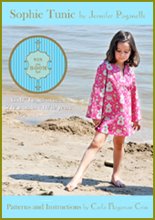 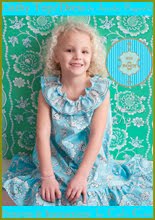 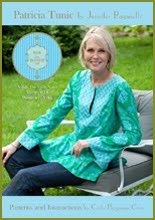 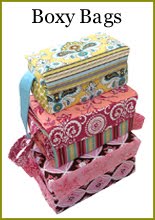 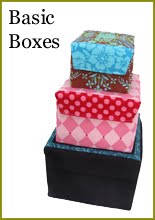 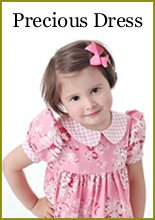 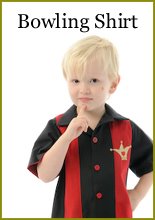 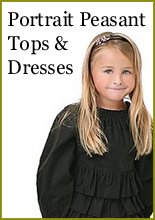 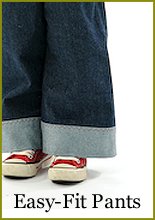 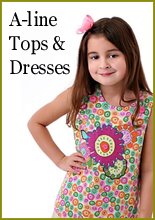 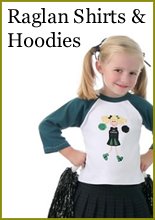 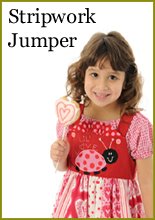 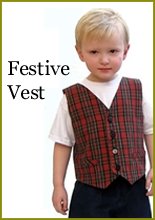 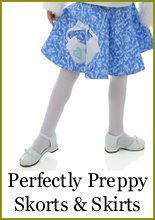 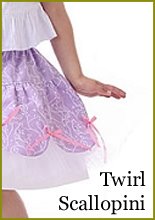 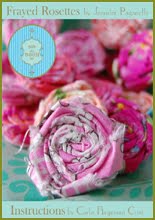 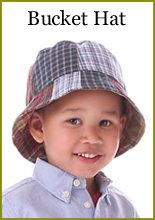